Your charitable gestures will help Isaiah regain some normalcy after getting disabled & loosing his son to a house fire.

Isaiah Alidu is 51 years old, from Benue State, Idoma by tribe and a former employee of PHCN, who suffered 4 degree burns to his body when he tried to save his children from a house fire, which killed his 3 years old son in December 2013, in Nnyanya, Nasarawa State.

He cannot walk, his hands and legs are bent and his ears were also damaged in the fire. He needs urgent and immediate financial assistance to undergo surgeries. He says his relatives have not really been of help and the church which he attended was unable to sponsor his surgeries.

His employment was terminated in 2014 which was back dated to October, 2013. He was last paid salary by his previous employer in January 2014. He tried following up to get his remaining salary but to no avail.

He needs support through care and funds for surgeries to help him walk again, to correct his hearing problem and possibly his skin. He has not been to the hospitable he last visited in Kaduna or any other hospital since 2015 due to lack of funds. He survives mainly on bread and on the little change he gets from people whenever he goes out.

We are a Nigerian Donation Hub. We collect and handle your donation or second-hand items p... 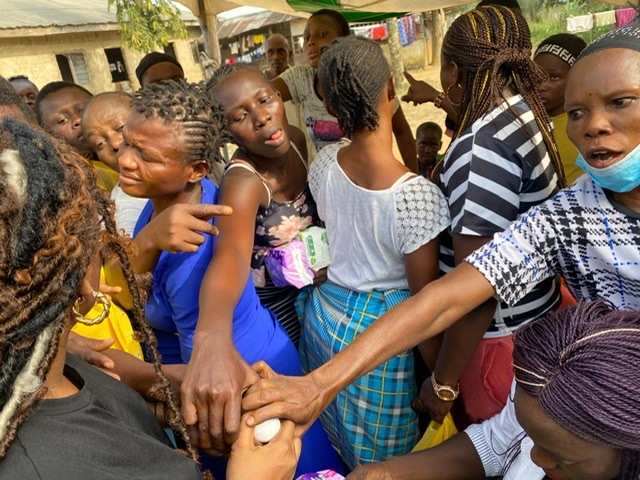 Give Girls Pad is an initiative which focuses on equipping the 'girl child' with sanitary ...

Promise who we died on Thursday 12th of April in an accident he was the first son and also...