The donation page of the Omotoso for senate campaign.

Lagos-West has been my home for twenty eights years. My childhood memories and adult life happened here for the most part. My family moved to Lagos when I was 7 years old and I was educated in some of its schools. I have worked and worshipped in this district and I am familiar with its sights and sounds.

We moved here in August, 1993 the year democracy suffered a set back by the annulment of the June 12, 1993 election. Five years after, the victor in that election died and a year later our democracy was restored. I was a student at the Federal government college, Ilorin then, a boarding school with students from different ethnic backgrounds. It was a formative period in my life. It was here that the thought of taking part in politics was planted in my heart.

I studied law at the University of Ibadan and the Nigerian law school. It was here that I first ran for office and was elected as an executive in my Hall of Residence during my second year. At Ibadan I came to the conclusion that a federal system was the best for Nigeria.

After qualifying in 2012 I joined a firm at Lekki, Lagos where I began work on corporate and commercial law and began to learn how the economy works.

I joined an organization working on legal assistance and public interest legal work. I was part of a team of three representing the organisation within the legal intervention network put together by the Amnesty international to put an end to torture and to pass the anti torture Bill into law.

In 2016 my friend and I co-registered a law firm and I continued legal work.

I joined the Peoples Democratic Party in 2014 and attempted an unsuccessful run in the primary for a seat in the House of Representatives in 2018. However 2018 gave me a chance for a public education in leadership and public service at the community level when I was asked to join the Central Executive Council of a residential association in a government housing scheme with a population close to 6000 people.

In 2021 I was nominated to run as the candidate for Chairman of Onigbongbo LCDA in the local elections. After the elections in which I lost but learnt tremendously I enrolled in the The School of Politics, policy and Governance for an 8 months online Hybrid course put together by the #Fixpolitics initiative.

I have chosen to be relentless in the pursuit of the future I envision for this country. That is why I have decided to participate in the primary for Lagos west senatorial seat to enable me run for a seat in the senate on the platform of the Peoples Democratic Party.

I know very well that as a senator I would have to work with my colleagues to achieve the policy goals I have set. I will be guided by the following if I am elected:

Our current challenges in Nigeria are the outcomes of failed leadership and unresolved historical issues. It's my view that our historical mission is to bring about a new constitutional arrangement that provides better administration of our country, it's resources and that protects minorities.

I support the removal of the federal government's control of the commanding heights of our economy to enable the private sector take the lead in creating wealth and jobs.

The current economic climate is harsh for doing business in Nigeria and it has contributed to falling standards of living while increasing the cost of living. I favour measures that will reduce inflation and hardship such measures include reducing value added tax and taxes on our manufacturing industries which was imposed by the Finance Act of 2021; reduction of custom duties on raw materials for manufacturing and expolre creative ways to reduce the cost of energy.

The best approach to diversifying our economy is to build our manufacturing industry and make most of the things we consume. However we cannot do this without electricity and low cost energy , raw materials, machinery, equipment etc.

Agriculture can help us obtain raw materials, food and nutrition, a source of export and aid to African countries in need to help our soft power and influence.

I would be proposing that we adopt a 100,000 tractors goal within the next 4 years to catch up with our competitors and to help increase food production.

To further increase the momentum of job creation I would propose that we increase our investment in the free trade zones. It will increase our exports and create more jobs for young people.

It takes a healthy population to create a wealthy nation. I will propose that our health budget prioritize reducing maternal mortality (we are the second highest after India); strengthen the primary healthcare system and work towards making our anti-venom and anti viral vaccine, Access to healthcare. I will work towards the goal of improving the remuneration of health professionals and the environment in which they work to stop the brain drain in that sector.

Nigeria is getting set to become the 3rd most populous nation in the world by 2050. To be a productive population we must ensure that we educate every child and leave none behind.

To achieve will work towards creating special support for basic education with partnership with faith based organisations and NGOs. There is nothing new in this. The first set of educators in Nigeria were the missionaries; we can build on their legacy by partnering with these organisations. It would open doors of opportunity to the millions of children without education in Nigeria and cut costs. I will work to ensure education is practical and for a curriculum that represents the age we live in. Our teacher training colleges and faculties of education must not be left out because the most important factor in a classroom is the teacher.

I commit to working to end strikes in our higher education institutions by prioritising their needs, the welfare of students as well as lecturers.

I commit to a 21st century technical education system that produces better plumbers, electricians and other artisans who enrich our lives and ensure that they get better value for their skills.

The appropriation bill is without doubt the most important piece of legislation every year. It reveals the priority of government and gives life to promises and policies.

I am committed zero based budgeting, eradication of duplicitous projects in our budgets, connect budgets and policies as well as legislations which is what aids implementation. I will work with legislators of goodwill and Nigerians for the establishment of the National Council of Public Procurement in line with the procurement Act which will help cut corruption from the process of awarding contracts.

Through strategic use of motions on the floor of the senate and committee assignments I am committed to strong oversight of our MDAs because it is a sure way of reducing corruption and ensuring that implementation of budgets and policies are effective.

I do not support mortgaging our country to China therefore we must look for alternative development models and look for new development partners. I believe in mobilising private capital for developing our infrastructure.

While working on matters which involves engaging the world beyond our borders I will be guided by the following:

The need to retool our embassies abroad to serve our citizens in time of war and peace.

Creation of a valid register for Nigerians in the diaspora to make it possible for them to vote.

Cooperation with other African nations towards the Africa 2063 vision.

The need for Nigeria to work towards uniting Africa to present a unique voice on pressing global issues and to act as a major power block on the world stage.

Develop our soft power tools such as entertainment, sports, Arts and technology which would aid in maintaining our influence in the world and enable us achieve some of our foreign policy goals.

I am of the opinion that we must work towards adaptation to climate change in the short to medium term and work towards transitioning from fossil fuels gradually.

Our first priority is to secure our country I believe we should engage temporarily the services of mercenaries who would complement the work of our military and end the war against terrorism and Islamic insurgency. Furthermore in the light of what we have seen and experienced about the failures of our military we must begin the modernisation of our military equipments and pay attention to military welfare and ensure that we leave no ungoverned space to terrorists.

One of the many features lacking in Lagos west and in Nigeria generally is the provision of services and effective representation by legislators. I pledge to hold constituency meetings as well as effectively help constituents having issues with federal agencies.

I can't do this alone. I need your help with this. The campaign needs about 15,000,000.  The campaign funds will be used to purchase the nomination forms which costs between 3,500,000 to 5,000,000, provide stipends for volunteers in the 10 local governments, campaigning and generally to help in executing our strategy which will ultimately ensure I emerge as the candidate of the People's Democratic Party in Lagos west. 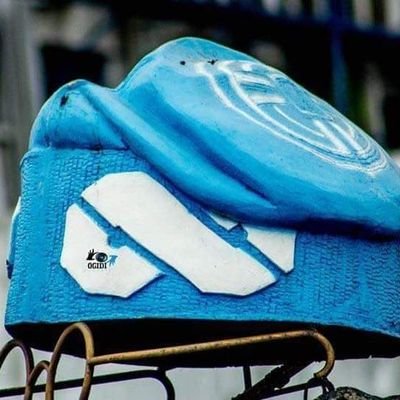 Door To Door For BAT

Door To Door For BAT - A movement created to match the online campaign energy with physica... 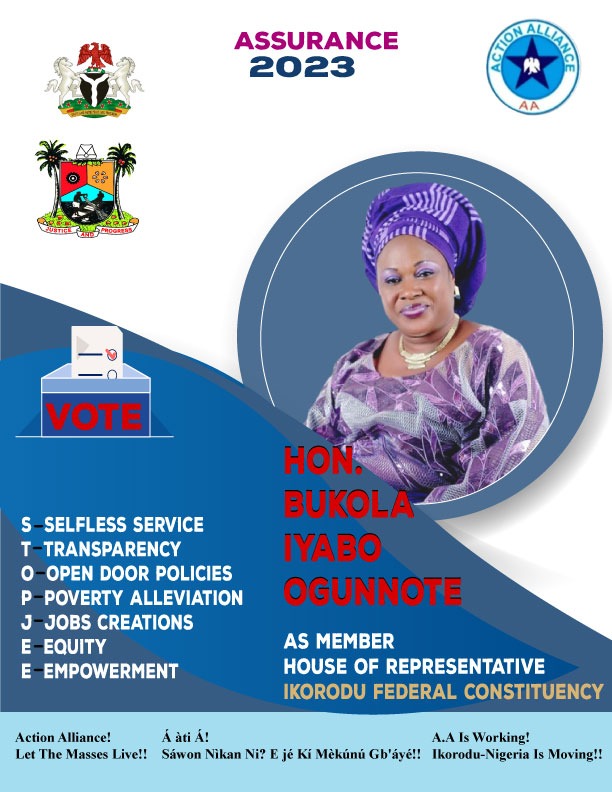 Fund raising for quality representation at the green chambers. To deliver value of represe...