SUPPORT: I can't do this alone. A win for Maria is a win for women and a win for Nigerians. I have been setting a pace that will change politics in the country if sustained and it will be sustained with your support. My win means a daughter of a nobody, or a political nobody like me can come out for an election under an unknown party and win, which has happened before, with the support of her people. I need your support, morally, prayerfully, financially and otherwise. Whatever you donate will go a long way and will be appreciated.

MY STORY: I made history in 2015; for being the first person, man or woman, to win election in Nigeria without a single structure; under an unknown party in my state. Today I am running for member, house of representative, Afikpo North/South Federal Constituency, under Alliance For New Nigeria (ANN). When it comes to me, a political party is a just a vehicle. My voters no send any party; they're sending Maria. They will look for wherever Maria is and cast their vote. This time around; FOLLOW THE LION. The bar has been raised. We have another history to make. And it would be made, by God's grace. On my election day, the people will speak with their votes and overwhelmingly elect me. Because no one spits out sugar!

WOMAN: I am the only woman contesting for a national assembly seat in Ebonyi state. That voice, that mother earth voice, is a raging inferno, powered by the people, and cannot be quenched. There will be no meaningful progress in any nation without capable women on the table.

NIGERIANS: How things have always been, is not reason enough for them to continue. Let's go back to the drawing board. Politics should be service. Not a jamboree. Not politics of SELF-INDULGENCE. It should be about serving others. Making sure your electorates are okay before you start thinking about yourself. Building for them before building for yourself. With the condition Nigeria is today, no politician, making money from politics, should be having monetary fun. No politician should be rich. We should all sacrifice dearly until there is 24 hour light and other basic amenities. Don't laugh, it takes just one person to start any big action and I believe that very soon, service politics will be practiced by others.

SERVICE POLITICS: A new brand of politics. I happen to be the only one, man or woman, currently practicing this type of politics, in Nigeria. It is not fun. It's shockingly extreme, the sacrifice involved is steep and severe; as you step down your wants and needs for the needs of others. It is about serving yourself last. YOUR BURDEN IS MY BURDEN. It is about breaking the chain, the bondage, so others can have it better. It's about total LIBERATION from the norm, the usual, the rut, the stench, the cesspool, sewage! She's the right man for the job. She wins, we win.

When I entered my House of Assembly, looked left and right, my body tell me. I no wan story! So I raided my bank accounts and started projects for my people, sharp sharp. I also decided to work harder than ever in my photography and media related businesses and make enough money to do as many pivotal projects as my money is able to handle; which put me at cross roads with my house of assembly, hence, the frequent suspensions, as it were. I was able to pull this off, living me always in lack. But it's worth it, as nothing is too good for my people, who believes so much in my ability. Mind you: I am yet to recover the money I ran election with in 2015, as I basically ran like an independent candidate, and was everything financially, to myself. I told my people, your burden is my burden, I will serve myself last, I will not build until I build enough for you. And I did just that. I did nothing for myself, but I did all I could for the people. THIS IS SERVICE POLITICS.

I am running against 2 opponents in major parties. They are moneyed. And they are under the cover of their mega parties. All I have is God, and you, the people. And that is okay. We can do it. Yes, we will. 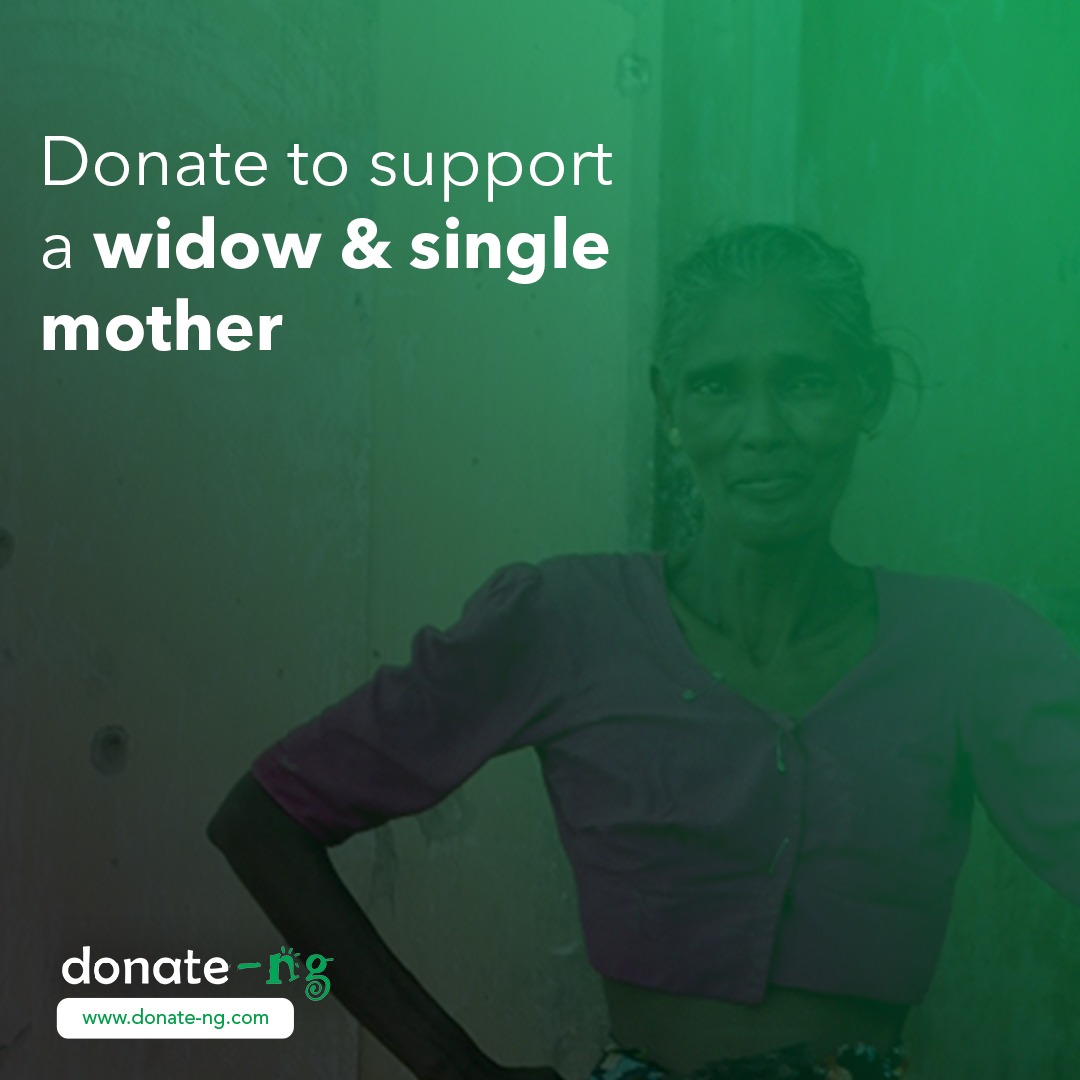 Donate to support the Widows in various parts of Nigeria. Impact of donation received wou...

This is to support a family in dire need of financial support to be able to rise on their ... 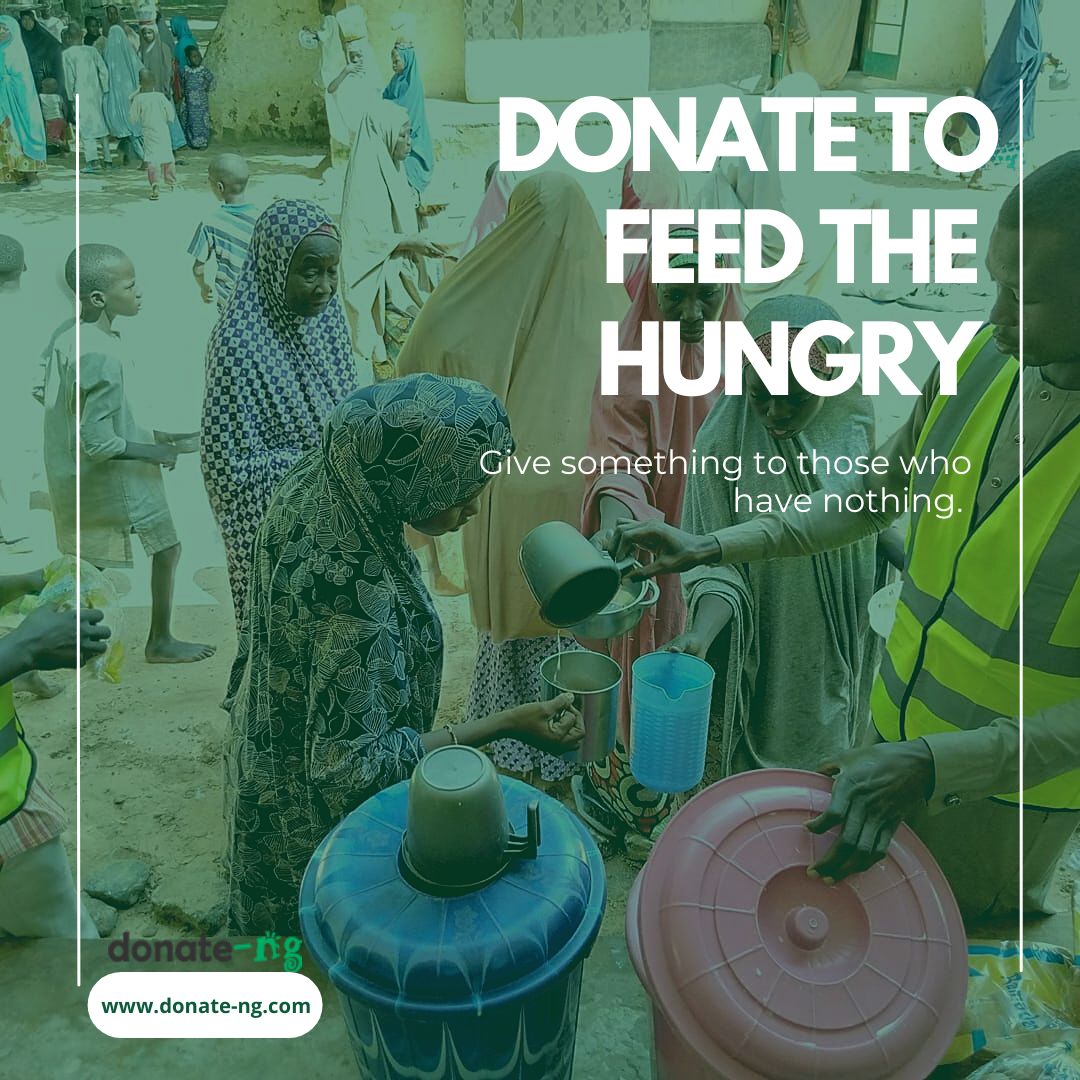 This donation pool is created to help raise funds to support food drives campaigns to indi...